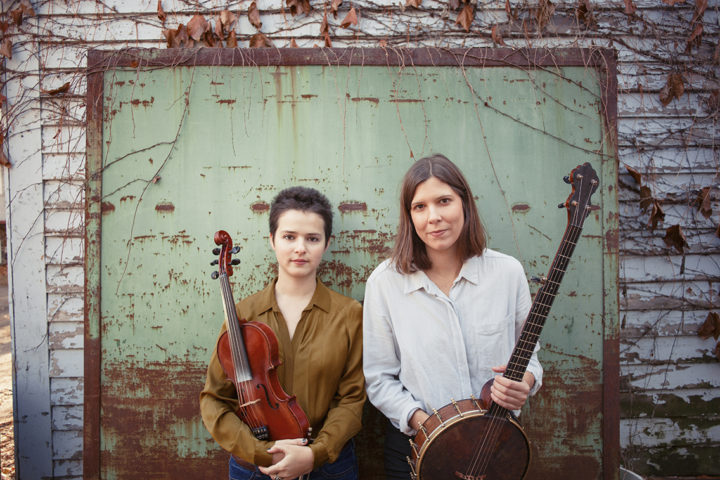 Allison de Groot and Tatiana Hargreaves, two women on the forefront of American traditional music, join forces in this powerful new duo. Their reverence for the people and music that has come before them provides a platform on which they build their own musical vocabulary.

With banjo, fiddle, and voice, Allison (Molsky’s Mountain Drifters) and Tatiana (Laurie Lewis) seek out unusual repertoire that catches their ear and inspires them to explore the boundaries of the tune. Their debut album showcases a strong new voice that is both reflective and dynamic.

Allison has toured all over the world with various groups, performing at venues such as Trafalgar Square in London, Newport Folk Festival and other major festivals across the US and Canada. She combines love and passion for old-time music, technical skill and a creative approach to the banjo. Allison has immersed herself in American roots music through festivals such as the Appalachian String Band Festival in West Virginia, making pilgrimages to musical communities in North Carolina and participating in the acoustic music scene in Boston, MA. For more information about Allison, visit www.allisondegroot.com.

Since releasing her first solo album “Started Out To Ramble” in 2009, Tatiana has toured and performed with musicians such as Dave Rawlings, Gillian Welch, and Michael Daves. From being the second woman to place first at the Clifftop Appalachian Fiddle Contest, to her bluegrass fiddling on Laurie Lewis’ GRAMMY-nominated album The Hazel And Alice Sessions, Hargreaves shows a musical fluency that flows between old time and bluegrass worlds with ease. For more information about Tatiana, visit www.tatianahargreaves.com.