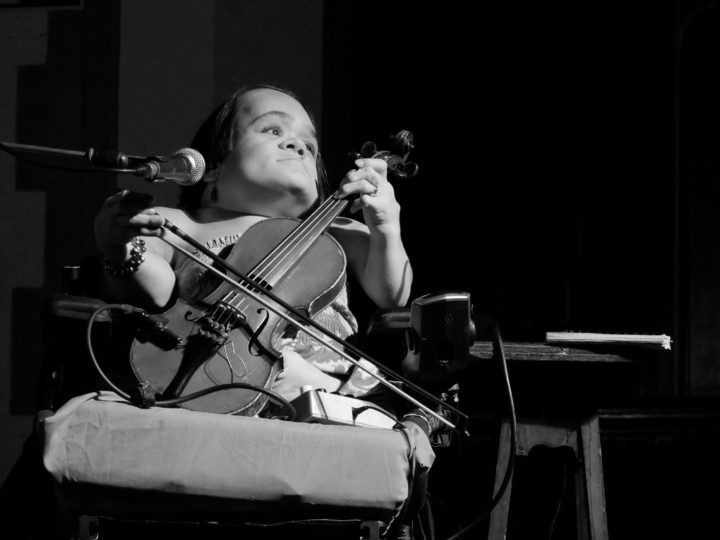 When Gaelynn Lea won NPR Music’s 2016 Tiny Desk Contest, her two decades as a hardworking and talented musician finally crystallized in a beautiful moment of national recognition. It was also just the beginning of a grand adventure. With the wind of her award at their backs, Gaelynn and her husband Paul sold their house in Northern Minnesota, quit their jobs, bought a van, and hit the road.

Since then, Gaelynn has played over 250 shows in 42 states and seven countries, adding nearly 100,000 miles to their Ford Econoline’s odometer. The singer-songwriter and violinist has performed everywhere from coffee shops, bars, schools and festivals; she’s graced the stage of renowned venues like Nashville’s Music City Roots, The Kennedy Center, House of Blues and even BBC World News. This June she was featured at arts festivals in Iceland and Switzerland, in July, she appeared at the Winnipeg Folk Fest, and is set to perform at Travelers’ Rest Fest (curated by The Decemberists) in August.

Join her for another much-anticipated, intimate appearance at The Gallery inside The Oxbow Hotel on Friday, September 7th.