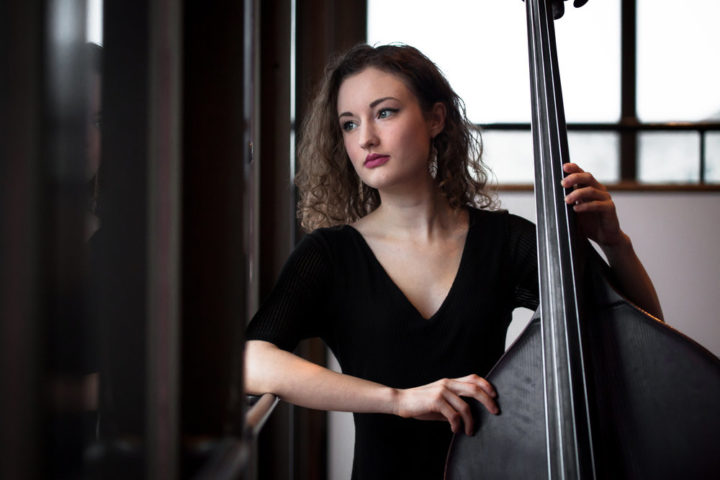 Founded by bassist Hannah Marks in 2017, Heartland Trio consists of Hannah Marks on double bass, Barclay Moffitt on tenor saxophone, and Rocky Martin on drums. The band draws from Marks’ musical upbringing in folk and spirituals, while grounded in the group’s improvisational and groove background of jazz and rock. Along with their original compositions, Heartland Trio also uses jazz standards, rock songs, and traditional folk tunes as vehicles for expression. The trio’s sound reflects their desire to create with a gritty and spontaneous garage band mentality while exploring beyond the boundaries of the traditional roles of their instruments in a jazz setting.

As sidemen, they have performed with jazz greats such as Walter Smith III, Becca Stevens, Joel Ross, Kurt Rosenwinkel, and more. The group is based in Bloomington, IN and frequently plays at variety of venues throughout the Midwest. Their outreach also extends to educational programs like the Chicago Jazz Philharmonic and the Griffin Institute for Performing Arts. Following their performances at the Iowa City Jazz Festival, the Indy Jazz Festival, and the Hyde Park Jazz Festival in 2018, Heartland Trio will release a full-length album of all original music and arrangements.