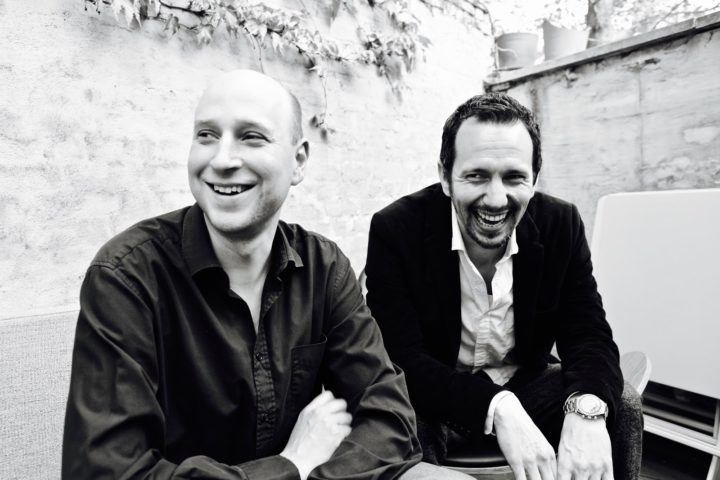 Humanity will always be fascinated with the passage of time- that which can never be possessed… only viewed in retrospect. During history people also developed highly complex clockworks to be able to measure time.  Belgian pianist and composer Bram Weijters has drawn inspiration from this to compose the music for Pendulum.

Pendulum is a 25-movement suite, based on a common musical cell that evolves through 24 pieces, progressing with a structured order through all twelve key-centers twice, with a final reprise at the end, just as a clock circles twice a day through twelve hours, before the next day.
Inspired by the musical genius of Bach and his ordering of musical works like the Well Tempered Klavier and the Goldberg Variations, Pendulumorganizes the musical moods and atmospheres Weijters and McCullough have developed over time into one overarching form, where they can combine composition and their own musical voice as improvisers.

Just as the highly structured music of J.S Bach, just as a highly complex clockwork can still have a poetic strength, Pendulum aims to provide the listener with different moods, subtle variations and atmospheres moving through shifting tonalities where the complexity of the music below the surface – the cogwheels and entrapments of the clockwork- melts away.

For ten years, Chad McCullough and Bram Weijters have collaborated around the world, with a musical bond that transcends geographic restraints. After three albums with the quartet (featuring John Bishop and Piet Verbist) the two leaders also started playing as a duo, resulting in their album Feather  a year and a half ago and now their newest album Pendulum.
On both albums as a duo, Weijters uses an arsenal of keyboards like Fender Rhodes, Wurlitzer electric piano’s and Moog synths besides the acoustic grand piano. McCullough blends in with a very soft -almost flute-like trumpet sound, sometimes embellished with some electronic effects.

Besides their collaboration both Weijters and McCullough, based respectively in Antwerp and Chicago also have their own projects. Bram was recently also on tour with Bram Weijters’ Crazy Men with their new interpretation of early Belgian jazz fusion (with which they’ll release an album beginning of 2019), he has been playing with his own Bram Weijters Quartet and you could also here him on recent releases from Piet Verbist Quartet, Mazzle and Jelle Van Giel Group, …
Chad is a very busy musician in the Chicago jazz scene performing with ensembles with Matt Ulery, Roger Ingram, Dana Hall, Ryan Shultz, Luke Malewicz, James Davis,… He also has performed with Maria Schneider, Miguel Zenon, Stafford James, Chad Lefkowicz-Brown, Steve Coleman, Dave Douglas, and many more.

Pendulum is released in Europe by Belgian label Monks and Thieves, and by Shifting Paradigm Records in the USA.