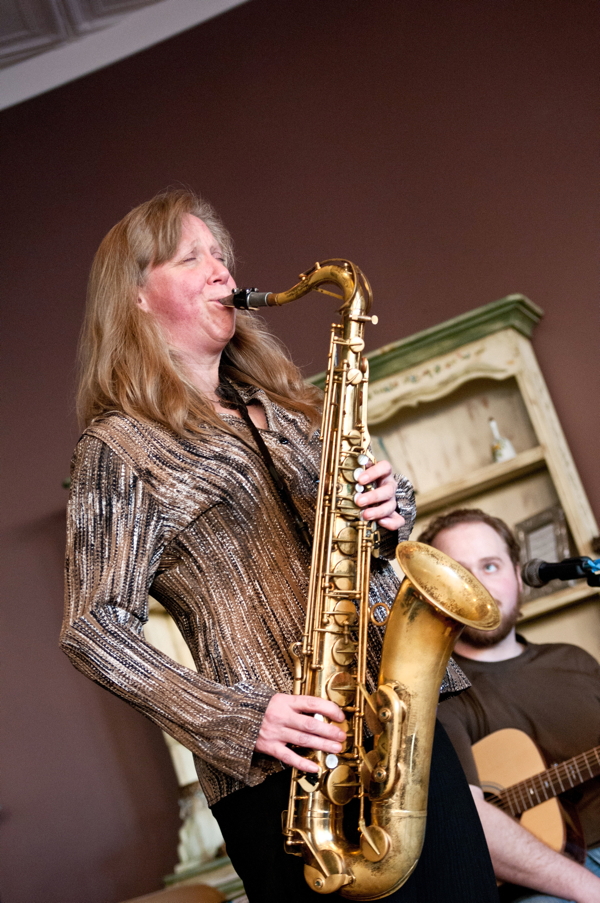 Sue Orfield plays the tenor saxophone with the whimsy of Sonny Rollins, the passion of Kurt Cobain, the soul of Bill Withers, and the joy of Ella Fitzgerald. Along with a compelling mastery of her instrument, Sue brings to the stage a powerful presence and joy of all things musical.

Her own group, The Sue Orfield Band (SOB), highlights Orfield’s talents as a composer as well as a player. SOB was voted Best Jazz Band in Volume One’s “Best Of The Chippewa Valley 2009” reader poll, and voted Best Blues Band by the same poll in 2016 and 2017. (Eau Claire, WI)

Sue makes her home in the Chippewa Valley of Wisconsin, and  plays locally with bands from all over Wisconsin and Minnesota, including The Chippewa Valley Jazz Orchestra, AcoustiHoo, Catya’s Trio, The Butanes, Two Rivers, and many more.