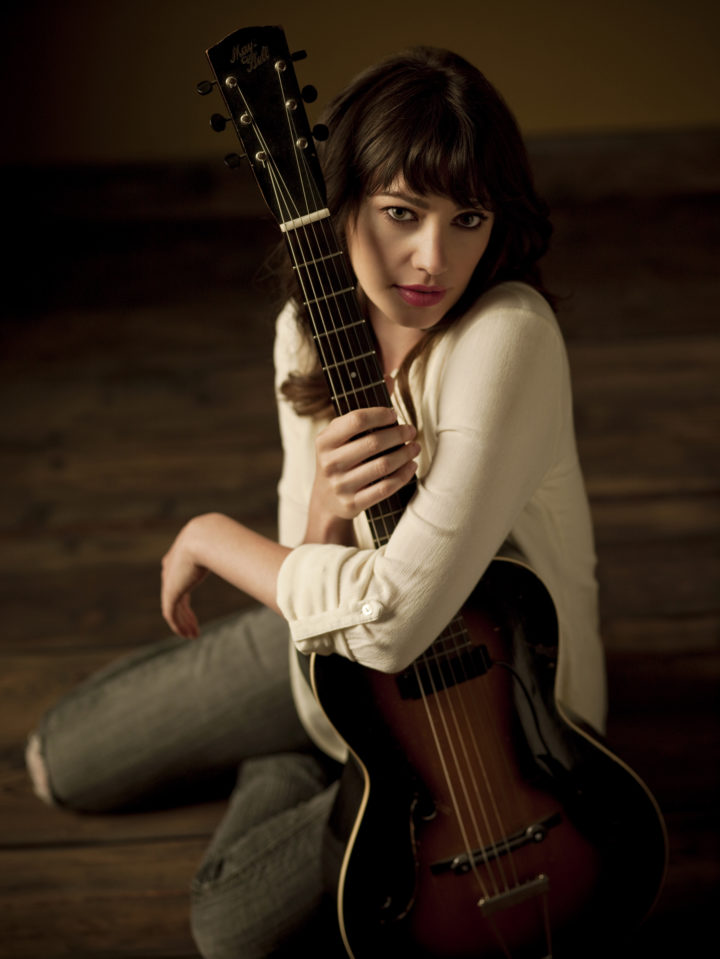 The daughter of two preachers’ kids, Pieta Brown’s early upbringing in Iowa was in a rural outpost with no furnace, running water, or TV.  There, she was exposed to traditional and rural folk music through her father, Greg Brown, the now beloved Midwestern folk singer.  Later, while living with her mother in Birmingham, Alabama during her formative years, Pieta drew on and expanded these influences and began writing poems and composing instrumental songs on piano.  By the time she left home at 18 she had lived in at least 19 different houses and apartments between Iowa and Alabama.

In her early 20’s, after experiencing what she describes as “the songs calling,” Pieta started experimenting with the banjo and eventually picked up a 1930’s Maybell arch-top guitar during a visit to her father’s place and never looked back.  Emerging from a disjointed and distinctly ‘bohemian’ upbringing, Pieta began performing live and making independent recordings soon after teaching herself how to play guitar. “I grew up around a lot of musicians and artists living on the fringe, and have always felt most at home among them,” Pieta says.

Continually revealing new layers as both a songwriter and performer, Pieta is being recognized as one of modern Americana’s true gems.  In recent years Pieta has released multiple highly critically acclaimed recordings, with much attention being paid not only to her distinct sound and style, but also the power of her singing and songwriting.  Since releasing One and All (2010) and Mercury (2011), followed by Paradise Outlaw (2014 which Bon Iver master mind, Justin Vernon, called his “favorite recording made at our studio.”) Pieta has toured North America with Mark Knopfler, and toured various regions of the U.S., Australia and Canada with John Prine, Amos Lee, Brandi Carlisle, JJ Cale, Ani Difranco, Mavis Staples, and Calexico among others.  She has co-written songs with and made recent guest appearances on albums by Calexico, Amos Lee, and Iris Dement. In the last few years Pieta’s songs and music have been heard in various TV Shows and indie films including Everything Will Be Fine (Wim Wenders). With the release of her most recent album of collaborations, Postcards, (March 2017), and a lead-role in a Swiss based indie film in the works, Pieta’s music and artistry continue to rise.