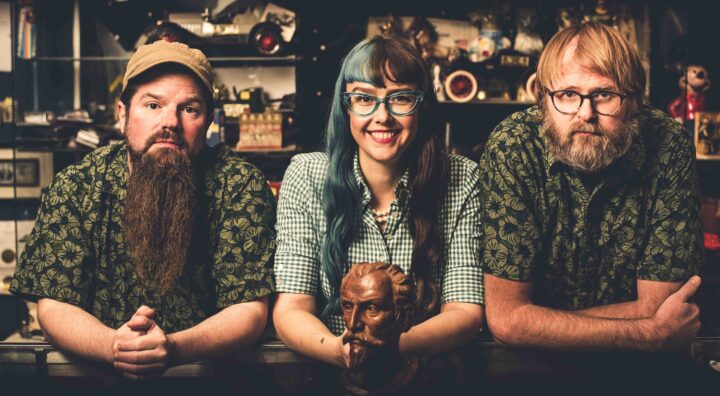 Spring Break Night at The Lakely with The Swongos

The Swongos are a three piece instrumental Surf Band from the St. Croix River Valley on the Minnesota/Wisconsin border. In addition to Surf Music, they have many styles of music such as Latin, Exotica, Indie Rock, and Jazz sprinkled in their sound. The Swongos are influenced by traditional surf music like Dick Dale and the Ventures but also groups such as the Pixies, and Los Cubanos Postizos. While playing live The Swongos show not only their clever musical abilities but also their “nice guy next door” personalities.

Come hear the Exotic Surf music of The Swongos! They’ll warm you up with their dreamy beach music, and help you lean into the wave with some good old 60’s Surf. So, come hang loose, grab a cocktail, and hit the party wave with The Swongos!

The Lakely opens at 5pm for dinner and drinks. Reservations for dinner are appreciated, but not required.