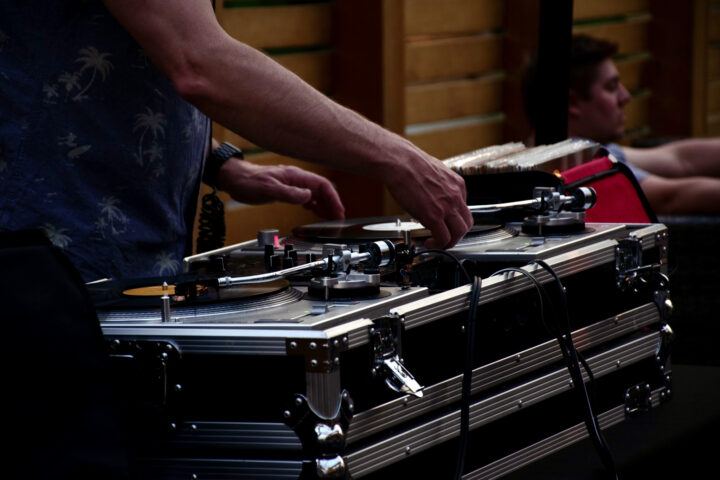 Join us for Vinyl Nights: “Radiant Waves!” A spectrum of bright pop, rock and jazz surprises from the deep seas of 1970 and beyond.

DJ Bio: Eric Olson has been telling the stories of people for 40 years as a professional writer and producer through the medium of television. He learned the craft as an undergraduate at UWEC. Eric also holds a Master of Arts degree in Communication from UW-Superior. Beginning with “Update News” at UWEC in 1980 Eric has written and produced award-winning video content for: WQOW-TV, Eau Claire; KDLH-TV, Duluth; Pioneer PBS, Appleton; and KARE-TV, Minneapolis. Since 2011 Eric has directed Emmy-award winning productions while serving as President/CEO of KSMQ PBS, a television station serving 700,000 viewers in southern Minnesota and northern Iowa.